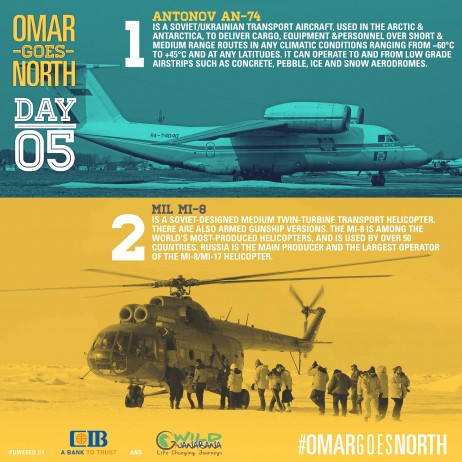 The team today is in Barneo camp and have set up a large mess tent for everyone to sleep in, as well as another to eat in. This will be the last cooked meal for the team until they return. There are at the moment several teams from different countries, which will start at the same time but head into different directions.  The team cannot move from the perimeters of the camp now due to a fear of polar bear attacks. However if necessary or anyone is feeling particularly adventurous they could but accompanied by someone with firearm experience.

Standing in the artic is a unique feeling. While all around you engulfed in serene natural beauty, under your feet you are separated by only 2 meters of ice from the vast artic ocean.