It has always been a dream of mine to climb a mountain that has never been climbed before. And doing so in remote Antarctica was an even greater privilege. In the end I exceeded my own wildest expectations by doing 3 first ascents and 6 new routes. And then I learned that I’d have the honor of naming all 3. But what could these names be? I decided to let my intuition and the aesthetics of these 3 mountains guide me. 3 beautiful peaks standing tall and untouched side by side for millions of years until we finally set foot on them and reached their summit. To me they represent the eternal, grace and purity, and for this reason I decided to name them Mount Samra, Mount Marwa and Mount Teela, after my family name and the two greatest loves of my life. May we always be together. Ad Astra. 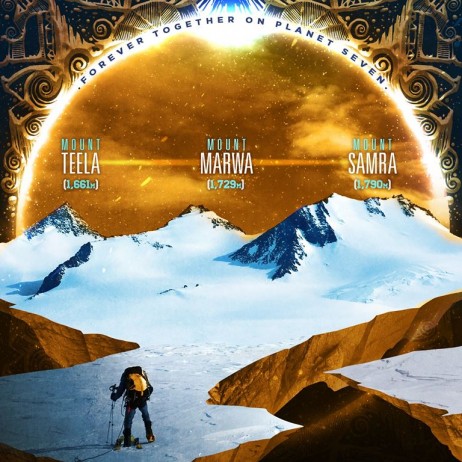 My First 3 Ascents – Forever Together on Planet 7

I’m happy to share with you my latest expedition, my first ascents to unclimbed peaks in Antarctica, Planet VII and give you a brief about it all through the below illustrations.

I started by landing in Chile which was only a couple of days away from beginning an expedition in deep Antarctica. The aim is to make a first ascent of an unclimbed peak and to climb a new route on another rarely climbed peak. Making a first ascent and a world first has always been a dream of mine. Summiting a mountain that’s never been climbed before in already remote Antarctica is the closest experience to being on another planet, on earth. And this appeals to me so much because of my passion for Space travel. This is why I’m calling this expedition #PlanetVII  after Antarctica the icy seventh continent. What a privilege to be in such a remote and beautiful part of our universe. This place is as surreal as it is hostile. It maybe lifeless but it is full of energy and spirit.

I started using at least a hundred pieces of equipment that go into any climbing expedition. But the most critical is the ice axe, especially on an exploratory expedition such as this. As all climbers, I have a special relationship with mine.Then we started planning the climbs and routes that we would take.I have picked The Ellsworth Mountains, the highest mountain range in Antarctica, as my destination. It is there that I have reached the summit of Vinson Massif back in 2011, and it is there that I will be heading again; only this time to take a route and climb a mountain that neither me nor anyone has explored before!
Yesterday we began exploring the local area. So much of Planet VII remains untouched. Nate Opp and I set off on a snow mobile towards Mt. Rodger, 1,410m after having identified it as a suitable target the day before. The snow mobile took us within 100 meters from the foot of the mountain. Mount Rodger has only been climbed twice before. After a beautiful and relativity steep, yet straightforward mixed climb of snow and rock, we were able to make the third ascent ever of the mountain and its second ascent via the west ridge. Many of our footsteps were the first ever made and what a feeling that was. We are steadily working towards my primary objective of a first ascent. The following day we got back to union glacier camp for some training and packing for the next two or three days, where we hoped to take-on a more challenging objective. After the summit of Mount Rodger and a recon of the local area, we’ve spent yesterday going over our crevasse rescue systems and packing gear, food and fuel for the two days ahead where we intend to make a first ascent of an unclimbed peak on Planet VII. I’m feeling excited, albeit a little apprehensive of the climb ahead.
Yesterday was an incredible day! The serenity and beauty of Planet VII continues to amaze and inspire. Todd and I packed for 2 nights and took off early from camp by snowmobile towards Mount Capli. The mountain has been climbed once before yet it’s adjacent to a group of formidable unnamed and unclimbed peaks. We decided to attempt the one closest to it. It was a 7 hour climbing round trip from where we set up camp and the climb offered everything from going up steep couloirs and gullies on mixed terrain, to gaining then ascending a long rocky ridge, to making an often scary snow and ice traverse to finally scrambling and rock climbing to the top! The descent was out of my comfort zone but we got back safely in the end. I still can’t believe I finally made a first ascent of an unclimbed peak. A world first… it has been a childhood dream.

Planet VII still blesses us with extraordinary weather. Of course it’s super cold, especially in the shade, but, fingers crossed, we haven’t been plagued yet with the harsh winds this world is infamous for. It’s not just the weather I’m happy about, it’s also the fact that after 8.5 hours of climbing we were able to make yet another first ascent of an unclimbed peak bringing the tally to 2! The climbing was harder and steeper but we were rewarded with a dramatic, needle-like summit. Again I have the honour of coming up with an unofficial name for the mountain and the route. Well because the mountain from afar does look like a pyramid and well, I am Egyptian after all. Ideas for naming the route and both the mountain and route from the day before are still welcome

🙂 And now today, a well earned rest I think, and planning for the days to come!
Yesterday we made the 4th summit of the expedition! This time another named peak called Hessler Peak (1,670m). It was only the 2nd or 3rd ascent of the mountain, the first being in 1993. We did a new route via the South ridge in just under 5 hours from parking the snowmobile to getting back to it, our fastest climb of the trip so far. We could move really fast as Todd and I climbed simultaneously rather than pitch it out. We decided on this strategy because the terrain was mellower than other days and Katabatic winds from the South Pole made for a super cold and windy day. This actually made the 2.5 hour round trip on snowmobile the hardest part of the day. At one point I could barely feel my hands and face. It was really good to get back in time for dinner.
This expedition has gone exceedingly well so far. Both the primary objective of making a first ascent has been achieved two times over and the secondary objective of making a new route on a rarely climbed peak has been completed also. My body feels sore so before I set off again into the wild for more exploration and climbing, it’s time to take a day off and enjoy the beauty and serenity of Planet VII from base camp.
The exploratory nature of this Planet VII expedition means things don’t always go as planned. Today after a long ski approach, we realized that the mountain we intended to climb would take far longer than anticipated to locate and reach its base. So we changed tactics and targeted another mountain in range which looked like a worthy objective. It was a challenging 9 hour day, our longest yet, but we triumphed in the end! 5 peaks attempted, 5 peaks summited so far

The following day we made our third and last first ascent, and the sixth summit of the expedition. There were quite a few technical rock sections we had to do with big gloves and crampons to gain the ridge so that was quite a challenge on a cold and windy day. I can’t believe I’m actually saying third first ascent as my wildest ambition was to do just one! The mountain we climbed is the one exactly between the other two first ascents so now all three on the same ‘Donald’ ridge south of Mount Capley have been climbed. All so far unnamed. I took a beautiful photo of all three side by side which I’ll post later. On the last day I have one final climb before I wrap up the expedition. It may actually be the most technically difficult so far.

My last climb of the Planet VII expedition was a tough one because I was feeling tired to start and exhaustion set in as the day went on. It was another 8 hour day with a long ski approach to the base of the mountain then 4 hours of constant steep climbing up the face. We were rewarded with a magnificent view from the top and finally the sun as we’d been climbing in the shade the whole day. I’m so happy to be done but I’m really going to miss this place and the climbing here.
And finally, i can say that my expedition has been a success. I’m back now to civilization and a relatively more temperate climate. What a blessing it is to see the night sky for the first time in days. I’m feeling somber to leave this magical place, yet hopeful that I’ll be back again. More importantly, I miss Teela and the simple things I often take for granted. Planet VII you have taught me a lot. Till we meet again 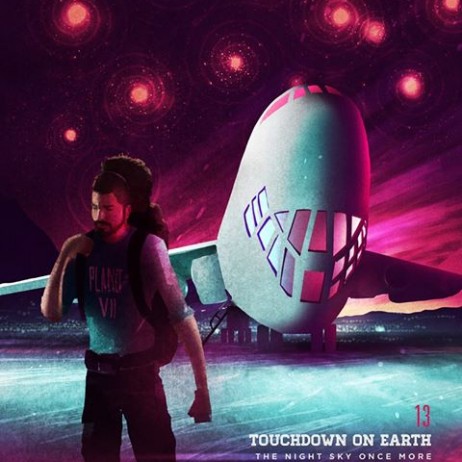 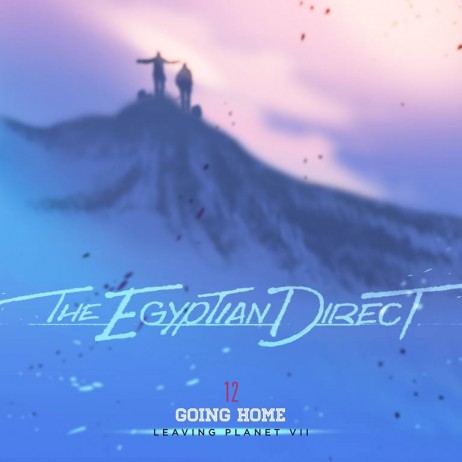 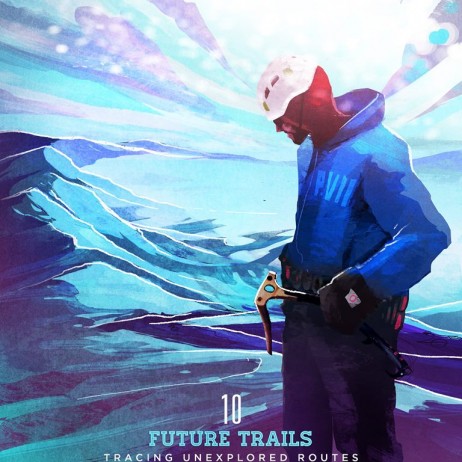 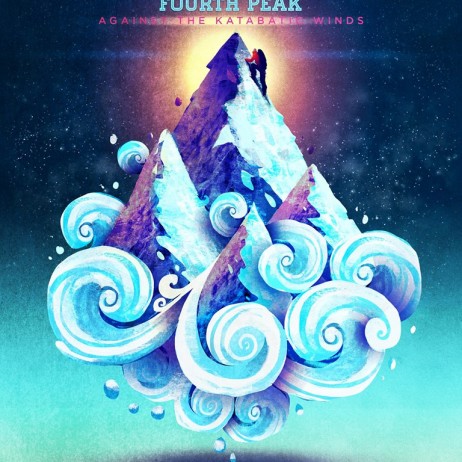 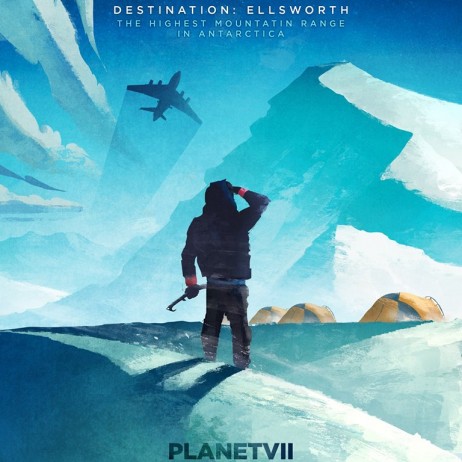 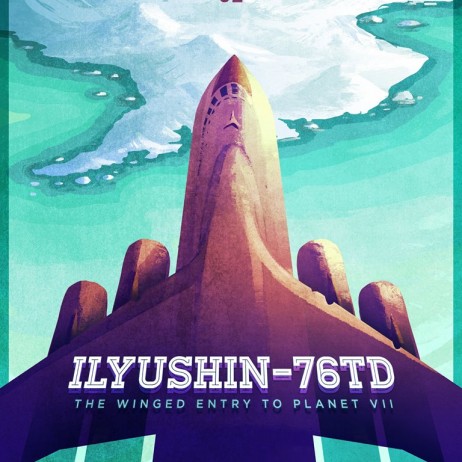