I’m honored, excited and a little nervous to be speaking on the TEDxBend stage in the USA. Developing my talk has been a soul-searching journey of several months in itself. 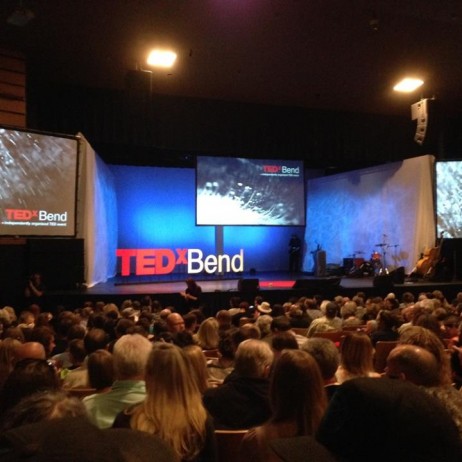 I’m honored, excited and a little nervous to be speaking after tomorrow on the TEDxBend stage in the USA. Developing my talk has been a soul-searching journey of several months in itself. I’ll be sharing the live streaming details tomorrow for those interested and definitely the talk itself when it is uploaded 2/3 weeks from now. Below is my bio and synopsis of the talk as it appears in the event program. Wish me luck!
Omar Samra is a father, a successful entrepreneur, and the first Egyptian, one of less than 40 people in history, to complete the Explorer’s Grand Slam – an adventurers challenge to reach the north and south pole and climb the Seven Summits. But when tragedy struck, Samra discovered that the mountains he’d climbed were never meant to be his biggest challenge. The answers to life’s most important question – why are we here – exists not in what we do or achieve, but in the depths of loss, resilience, vulnerability and ultimately learning to let go. We discover that we’re all here for one purpose alone: to heal and to help heal each other. Samra reveals humility, hope, and courage and offers a radical re-frame of what it means to be a man, and in fact, a human.
http://tedxbend.com/ — in Bend, Oregon.

When my friend Moe Carrick approached me in Chile last year and suggested I apply to speak at @tedxbend in the USA I was humbled. As preparations began I started to feel the immense responsibility of honoring my family’s story with utmost truth and vulnerability on this global platform. Since elements of my story became public just over a year ago on Humans of New York, I knew that a time must come when I’d have enough courage to share my story myself. I understood a glimpse of what it could mean for others after the immensely beautiful and loving connections I made through the spread of the HONY posts. I also knew that in doing so, I would have to face my most painful memories and I knew that this would be one of the hardest things I would ever have to face.
The last few days were beyond tough; I must have practiced my talk in front of a wall or window over 50 times, when I finally went for rehearsals the day before the event I was nervous and froze several times. The thought of repeating this in front of 1400 people and a larger live streaming audience terrified me. When I woke up the day of the event I was nervous; I couldn’t eat and rehearsal lingered on my mind. I was chosen to go last which was another blessing but it didn’t make things easier. As the day unfolded and I began to listen to the other speakers and feel the energy of the crowd things began to shift. I became humbled by the inner beauty and passion of my fellow speakers and their ability to convey their message with sincerity and openness. There are no words to describe how special the audience was. It’s so rare to stand on stage with 1400 strangers and feel this kind of immense sense of love and gratitude that almost makes your heart swell with peace. As soon as I began walking towards that infamous TED red dot on stage, all my tension melted away and I felt completely grounded and present. I felt Marwa’s presence with me the whole time. Towards the end of the talk it was as if the room had began to float with all of us in it.
The @ted video should be out within 3 weeks from now, and I’ll be sharing the link with everyone then. Thank you.