Smile on Me Mr. Mountain

The new year resolution is a staple of the hopefulness diet. It goes something like, “I spent the last 365 days doing nothing about writing a book, growing a moustache, shaving my head and acquiring a top hat to cover my shaved head, but over the next 365 days I’m going to write a trilogy, compete in the London moustache growing competition, turn monk and infiltrate the highest echelons of the London aristocracy”. Invariably nothing happens, or if I’m lucky I end up with no facial hair and a flimsy article about my large afro which no hat on god’s green earth can fit on top of. 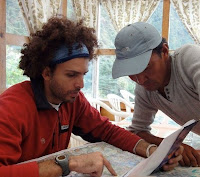 So I decided to take a stand this year and write my resolution in October! Why? well it means I have more time to get things done. Oh yeah, I forgot to tell you, I’m going back to the traditional December resolution next year. So I know what you’re thinking; why haven’t you thought of this before! Oh well, too bad.

There are a few critical elements to the October resolution:

1) The Reflection. I’ll keep things mountainous to avoid this turning into a door stop. On the 1st of January of 2012 I was in Punta Arenas (Chile) about to fulfill a childhood dream; being in Antarctica. Nothing could have prepared me for the moment the Russian Illyusion’s engine turned off and I stepped onto the icy runway amidst a pure white and chilled wonderland. Calling it serene is an understatement. The sun never set for the 2 weeks i spent there and I wouldn’t have wanted it to; when you’re in Antarctica, you don’t want to miss a thing. By the end of our time, the mountain had turned on us and then relented, coming back full circle. Despite one of the team having to turn back due to Pulmonary Edema, we not only climbed Vinson, the highest mountain on the continent; we also managed to bag Rossman on the way out. And to cap things off, I managed to summit with a personal message for our then Field Marshal.

2) The Setback. Having climbed 6 out of the 7 Summits without fail including Everest, needless to say I thought Alaska (climbing Denali) would be a breeze. So to make things a little wilder and harder, I began my climb in April to make sure we’d be the first team on the mountain. It turns out folks weren’t in a rush to go this early for a reason. I discovered that when our guide once began reading the forecast like so, “tomorrow the temperature high will be -48F”. I stopped listening. Invariably, 3 people on the team got frost-bite and I got what’s known as a “non-freezing injury”. It took a couple of months for sensation to return to all 20 of my extremities, but we kept going. We made a summit attempt but the weather turned us down. We waited for things to get better but they didn’t so we tried to descend but the weather turned us back up. And finally when I only had raisins left to eat and fuel was almost out, the mountain felt I had learned my lesson and let us get down. Describing what followed as us running for the hills is an understatement. 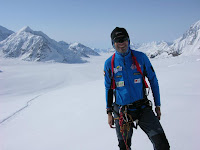 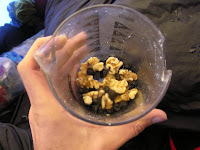 3) The Future. So obviously I learned my lesson. I want to go back to Alaska next year and do a harder route! You know what, I can’t even remember how miserable it felt up there. Isn’t forgetfulness such a gift? In all seriousness, I’m going to be ready for it. I learned a lot from my last foray and I’ve been humbled, again. “We only conquer ourselves; the mountain is far stronger than us”. It’s something I say all the time but often I forget; I get cocky. This time I’m going to go back for the right reasons. I will enjoy the journey, make friends, look around me and maybe, just maybe, the mountain will smile on me. 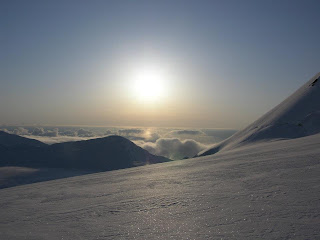 Both expeditions would not have been possible without the help of Sprite, Goal Zero, Advanced Global Trading, Adventure HQ, Ignite & Wild Guanabana.